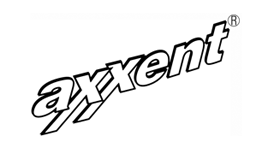 axxent began producing an audio intercom system at the beginning of the 90s of the last century. Founder and owner of axxent eK is Josef Becker, since more than 40 years in the professional audio equipment at home.

We started with a two-channel master station in 19 "construction, a beltpack and a signal lamp. These are still in production - with the necessary and meaningful changes that have been made ??possible by today's technology.

1994 - 1995 axxent developed a 9.5 "speaker station CP100, which can be used as a small main station - for cramped conditions. A single-channel master station with cigarette lighter was produced - to the delight of many FOH sound engineers. Today, unfortunately, usually a victim of safety.

2003 - 2005 During these years, a first series of was in response to customer installation amplifiers manufactured - with low-impedance outputs and power levels from 150 to 800 watts. A small, high quality Delay with simple focusing distance of 1 ... 99 m was developed. This was followed by two amplifiers with 100 V outputs, 2-channel and 120W, respectively 240 W. Both models are still made ??- now with switching power supplies.

2008-2009 An intercom components appeared in these years a beltpack BP100V with vibration alarm module and a series of signal lights with LEDs in red, green, orange and yellow. In addition, for the first time, a 7-channel audio mixer with GMX multiband limiter. This mixer was primarily intended for the PA in hospitality operations s. A version with 4x100 watt amplifier followed shortly thereafter. A first automatic Power Mixer was developed. Five micro / line inputs with automatic mixing and auxiliary level inputs with 240 W output power at 100 V or low are the main features. Definitely this automatic power mixer is mainly for installations in churches.

2011 we developed a series of four-channel amplifiers for fixed installations. The types AX-4120TS and AX-4240TS have an output power of 120 W, respectively 240 watts per channel with niederohnigen outputs and constant voltage outputs 50/70/100 V. High quality output transformers ensure reliable insulation.

2012-2013 Several new intercom components were manufactured : the four-wire adapter FW-100, the walkie-talkie interface TW100, a new belt pack BP-101, etc. Further intercom components are still in the Entwcklung. A loop amplifier was first produced. The special feature of this loop amplifier is the use in rooms up to about 1,000 square meters, as well as switchable current output lines for 500 sqm, 200 sqm, 100 sqm.

2014 and further we want to continue to develop products and produce that in its application to our customers helpful. If you see a need for a product that does not exist in the design of your choice, please contact us. Note that all our products are manufactured in the European Union and we make sure that they stay for a long time on the market.
www.axxent.de